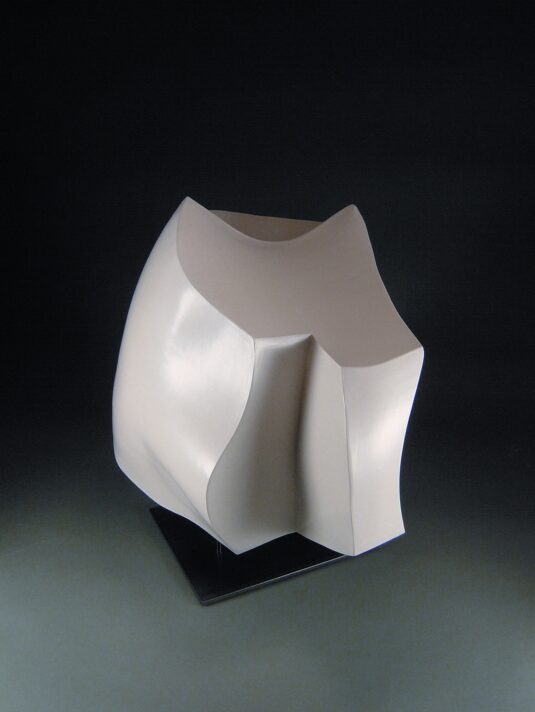 Touchstones Nelson Museum of Art and History/Oxygen Art Centre
Nelson, BC – November 18, 2017 - February 11, 2018
By Michael Turner
In celebration of Oxygen’s first ten years as the Kootenays’ best-known artist-run centre, exhibition curators Arin Fay and Miriam Needoba invited ten regionally based artists to contribute two works each: “an early instrumental piece, from their tenure here in the Kootenays, in tandem with a new work which will illustrate the evolution of their respective creation/styles/approach.”
If Fay and Needoba’s curatorial imperative had focused only on the growth of the individual artist, their efforts would have been laudable. But coming at a time when art is recognized less as a work of singular genius than as a product of a larger cultural conversation, the curators have, to their credit, placed equal emphasis on place and its fostering institutions as agents of collaboration. To bring home this notion, the two have organized a “Rural Art Symposium” that runs from November 23 to 26.
Among those attending the symposium are the BC Arts Council’s Sue Donaldson, poet and co-founder of Kelowna’s Woodhaven Eco Culture Centre Nancy Holmes, Penticton Art Gallery curator Paul Crawford and artist Sylvia Grace Borda, whose innovative work with Google Street View has “helped put Nelson on the map.” Exhibiting artists are Courtney Andersen, Susan Andrews Grace, Amy Bohigian, Brent Bukowski, Boukje Elzinga, Ian Johnston, Maggie Shirley, Natasha Smith, Deborah Thompson and Rachel Yoder.
touchstonesnelson.ca