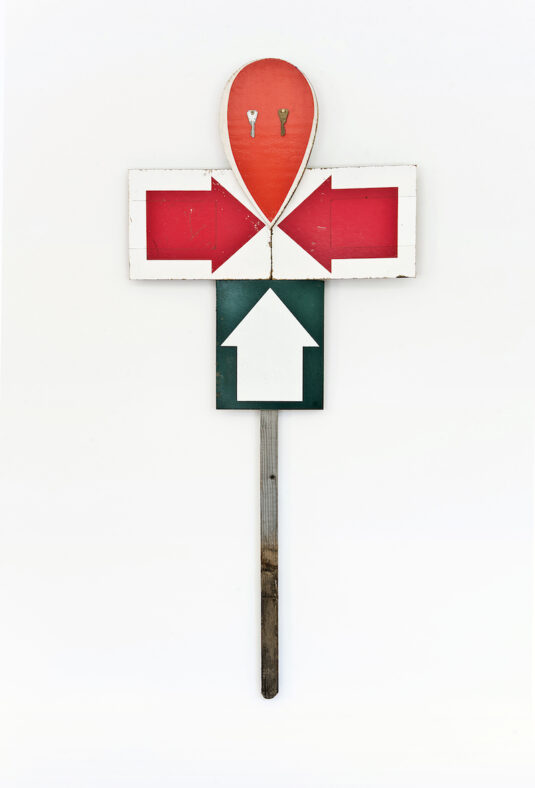 Oregon Jewish Museum and Center for Holocaust Education, Portland, OR

Oregon Jewish Museum and Center for Holocaust Education
Portland, OR - To February 4, 2018
By Allyn Cantor
This exhibition draws inspiration from the writings of mid-century American art critic Harold Rosenberg, who reflected on the relationship between Jewish identity and art production in the post–World War II United States. In 1966 Rosenberg wrote a piece titled “Is There Jewish Art?” that was first formed for a talk he gave at the Jewish Museum in New York.
The second show at the Oregon Jewish Museum and Center for Holocaust Education’s new space showcases four generations of Jewish-born artists who live in or have a strong association with Portland. Museum director Judy Margles states, “We thought it was important to look at issues of Jewish identity and self through a lens that also recognizes place.” The artists on display share a fundamental experience of the Diaspora that marked 20th-century Jewish life, from immigrants like Mark Rothko and Frederic Littman, to immigrant offspring like Hilda Morris, Florence Saltzman, and Mel Katz, to the second and third generation of Jews in the exhibition–Amy Bernstein, Deborah Horrell, Michael Lazarus, Dana Lynn Louis, David Morris, Wilder Schmaltz, and brother and sister Paul Georges and Shirley (Georges) Gittelsohn. These later generations spent childhood largely assimilated in secularized families and later rediscovered and redefined their identities.
These complex negotiations between spiritual and secular communities are just as relevant for contemporary artists in their personal explorations of self and place as part of the formulation of identity.
ojmche.org