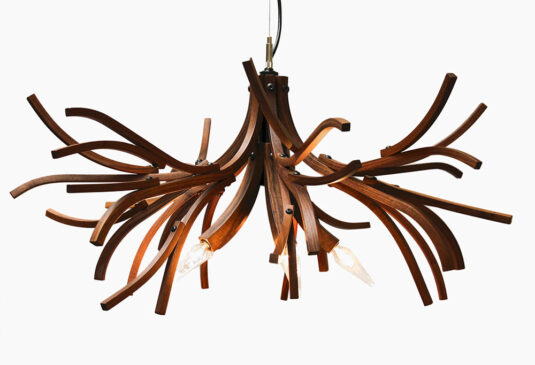 Vancouver Art Gallery, Vancouver, BC – To January 28, 2018
By Michael Turner
Those who think Scandinavian design begins and ends with IKEA should be forgiven
if one considers for a moment the impact this lifestyle giant has had on Canadian homes since its arrival here in 1975. A more relevant question to carry into True Nordic might be, What conditions were in place that allowed for IKEA’s success? Or to paraphrase Richard Hamilton, Just what is it that makes IKEA so different, so appealing?
Organized by Toronto’s Gardiner Museum and curated by Rachel Gotlieb and Michael Prokopow, True Nordic includes “more than a hundred prototypes, designer originals, and limited edition and mass-produced wares designed and fabricated across the country.”
Patrons can expect to learn how Scandinavian design was introduced into Canada
(through travelling exhibitions like this one) and “how its aesthetics and material forms were adopted, changed and transformed since the 1930s.”
Also on display are promotional materials, most of which are advertisements that appeared in popular magazines. It is here that modern design principles such as “fitness of purpose” are extolled, in addition to an emphasis on natural materials. Designers featured in True Nordic include Niels Bendtsen, Bocci, Karen Bulow, Kjeld and Erica Deichmann, Thor Hansen, Andrew Jones, Janis Kravis, molo, Carl Poul Petersen, Rudolph Renzius and Marion Smith.
vancouverartgallery.ca