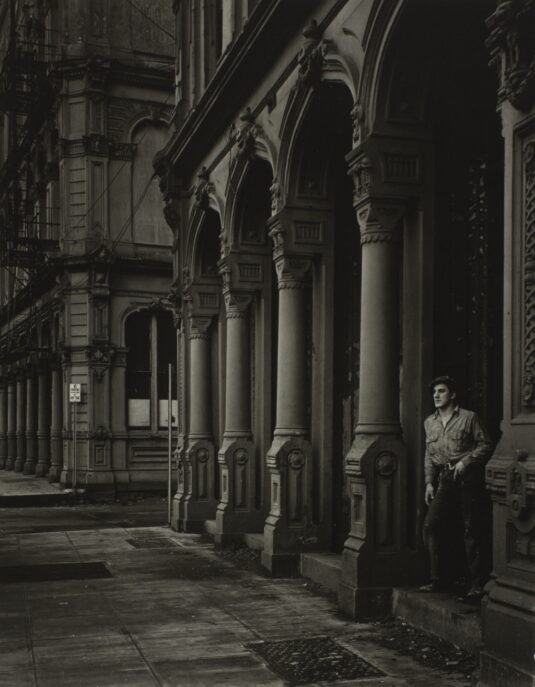 PORTLAND ART MUSEUM, PORTLAND OR - To October 21, 2018
By Allyn Cantor
This exhibition of Minor White’s rarely exhibited early work reflects the artist’s influence on the region. In 1937 White traveled to Portland from Minnesota and joined the Oregon Camera Club, honing his photography and darkroom skills. Hired as a creative photographer for the Oregon Art Project – a division of the Works Progress Administration (WPA) – White documented Portland’s Front Avenue buildings that were set for demolition, as well as factories and other distinct architecture that marked a city under transition. Close to 80 years later, these documentations of an older Portland resonate within the phase of rapid growth, change and development the city is experiencing now. White’s elegant images encapsulate a sense of craftsmanship and architectural merit that is both haunting and beautiful.
In 1942 the Portland Art Museum gave White his first solo show, as well as commissioning the artist to document two historic Portland homes. The same year his WPA images became the first photographs to be accessioned into the museum’s permanent collection. Subsequently, White was drafted into the army and never lived in the region again, yet he returned in the 1950s and 1960s for several Oregon-based workshops, becoming an influential figure in Northwest photography practices. His stunning images of historical architecture and place are told through roughly 60 images documenting waterfront industrial buildings, night scenes, and the artist during teaching workshops. A second phase of this exhibit series is planned for Spring through Autumn 2018, which will include images of Eastern Oregon, Front Avenue street scenes, and photos from the two historic houses he documented in 1942.
portlandartmuseum.org