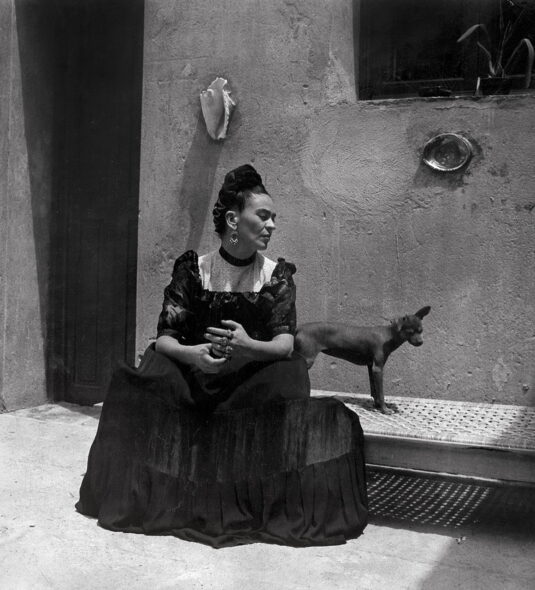 GLENBOW MUSEUM, CALGARY AB - February 3 - May 21, 2018
By Kevin Griffin
A hidden cache of photographs is shedding new light on Mexican artist Frida Kahlo. After Kahlo’s death in 1954, her husband, the artist Diego Rivera, turned her family home in Mexico City into a pubic museum called La Casa Azul (The Blue House). Locked away in bathrooms and wardrobes were about 6,500 of her photographs. Frida Kahlo: Her Photos is an exhibition of more than 240 works based on this treasure trove hidden for more than 50 years. The exhibition is being shown at the Glenbow for the first time in Canada.
Previously, it was thought that Rivera played a major influence on Kahlo. Instead, it appears that her father, the accomplished photographer Guillermo Kahlo, along with her mother and her family, were the major influences. The exhibition includes self-portraits by Guillermo as well as photographs of his daughter in tight head-and-shoulder portraits that strongly resemble the famous self-portraits she painted of herself.
The photographs reveal the almost constant pain she lived with following a life-altering bus accident when she was a young woman. They also explore her interests in Mexican politics and culture, her many love affairs and photography as an art. Photos by artists such as Man Ray, Edward Weston and Tina Modotti show Kahlo’s interest in what contemporary artists working in photography were doing.
She personalized many of her photos by writing on them or marking them with red lipstick kisses. The exhibition shows a more intimate side of a great 20th century artist.
glenbow.org