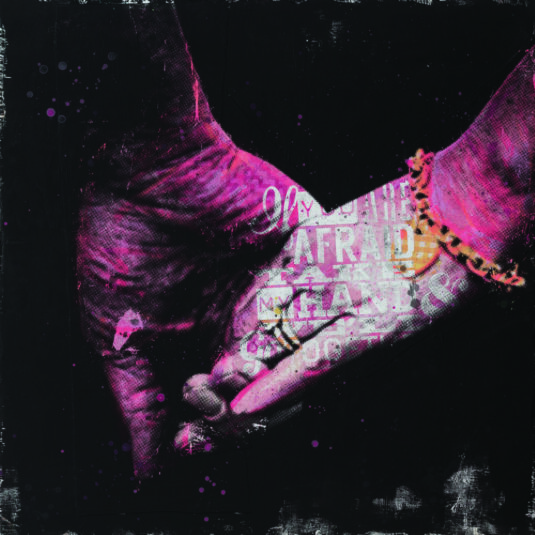 UDELL XHIBITIONS FINE ART GALLERY, EDMONTON AB - April 7 - 21, 2018
By Michael Turner
“To everything – turn, turn, turn,” sang the Byrds in 1965. Whether the Byrds’ cover of Pete Seeger’s adaptation of the Book of Ecclesiastes (3:1-8) refers to a change in seasons, or is a call for peace at a time of war, is up to the listener. But for many, the band’s hyphenated folk-rock version evokes yet another hyphenation: that of spring blossoms and an equally emergent “flower power” generation of baby boomers, some of whom are included in this 19 person group show.
Among the boomers is Wilf Perreault. Born in the French community of Albertville SK, Perreault studied sculpture under Bill Epp and Otto Rogers at the University of Saskatchewan before moving to Regina, where he taught high school until 1980. Although accomplished in portraiture, Perrault is best known for his urban “back alley” paintings. In a recent series using re-purposed doors, Perreault approached a landscape that many non-Prairie dwellers associate with horizontality and rendered it on the vertical axis – a familiar theme presented in an unfamiliar format.
Another exhibition participant is Winnipeg-born Cory Nespor, who, along with Tania Garner-Tomas, Hua Jin, Grady Wallace and Jori Warren, represents a new generation of artists inspired by similar concerns. In Together (2017), Nespor has taken a screen print of clasping hands – one old and weathered, the other young and married – and covered it with a text: IF YOU ARE AFRAID, TAKE MY HAND & WE WILL GO TOGETHER. Like Andy Warhol (also in the exhibition), Nespor has tinted the image with rosy pinks and glowing golds.
udellxhibitions.com