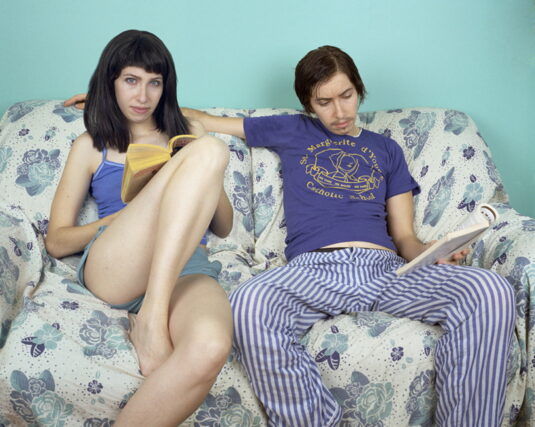 PENTICTON ART GALLERY, PENTICTON BC - To May 13, 2018
By Michael Turner
Although there is no exact starting point for Modernism, Marcel Duchamp’s Fountain (1917) was recalled by many in the art press last year, largely as an excuse to celebrate the movement’s centenary. That this celebration resounded not with a bang, but with a whimper, is indicative of a movement that has had an uneasy relationship with identity. If the impact of identity politics had a tipping point, it could be 2017, when questions of gender were met with responses by progressive institutions like the Penticton Art Gallery (PAG), where they were busy devising Ipseity.
According to PAG director/curator Paul Crawford, “Ipseity is a noun with its origin coming from the Latin root ipse, ‘self’, and is defi ned as selfhood; individual identity, individuality.” Crawford is careful to add that “Ipseity is by no means intended to present a thorough exploration of gender and identity, but rather this exhibition presents a number of personal narratives intended to start a greater conversation, which we hope will lead to a better understanding of the complex issues faced by those in the LGBTQ+ community.”
Guest curated by Toronto’s Toboron Waxman, the show includes: Hamed H. (Istanbul, Turkey via Kabul, Afghanistan), Patrick Kearns (Vancouver BC), JJ Levine (Montreal QC), LyleX0X (Vancouver BC) and Raven Called Crow (Victoria BC). Equally important are exhibition partners: the Community Foundation of the South Okanagan; RADAR; School District No. 67 (Okanagan Skaha BC); South Okanagan Gay and Lesbian Association; and YES Project, all of whom are active in public programs held in conjunction with this timely exhibition.
pentictonartgallery.com