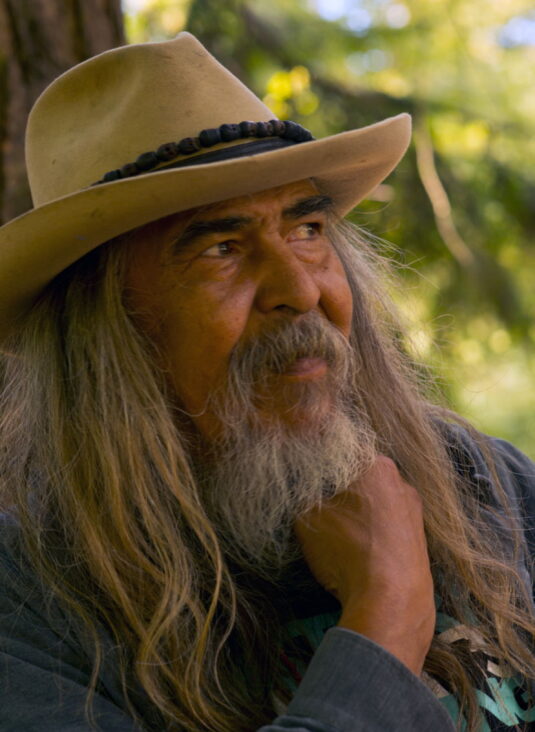 AUDAIN ART MUSEUM, WHISTLER BC - To June 11, 2018
By Michael Turner
The passing of revered Kwakwaka’wakw artist, leader and activist, Chief Beau Dick last spring came as a shock to the Northwest Coast.
Long renowned for his carved masks, Dick’s influence had grown exponentially since Supernatural: Neil Campbell and Beau Dick at the Contemporary Art Gallery in 2004. In 2010, he participated in the Biennale of Sydney. In 2013, the same year he helped to organize a copper cutting ceremony on the steps of the BC Legislature, he became artist-in-residence at the University of British Columbia. At the time of his passing, his Undersea Kingdom masks were on display at documenta 14 in Athens.
In recognition of Dick’s remarkable contribution to Northwest Coast art, Whistler’s Audain Art Museum is presenting a retrospective. Co-curated by the Museum’s Gail and Stephen A. Jarislowsky, Chief Curator Darrin Martens and [daughter] Linnea Dick, the exhibition includes works from the Museum’s Permanent Collection of British Columbia Art, as well as pieces borrowed from other public and private collections.
“My father paid homage to his elders and reached out to new generations. He was good at navigating those relationships through his art and leadership,” Linnea Dick explains. “He brought his community and culture to everything and he defined his successes by being able to share them with his people.”
audainartmuseum.com