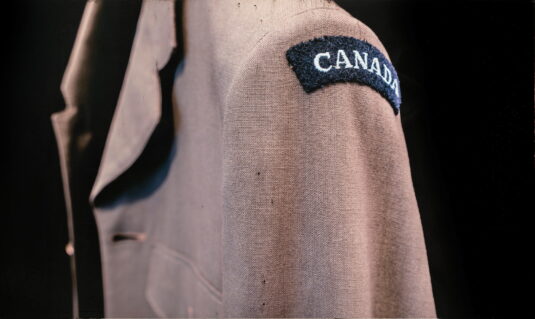 BAU-XI GALLERY, VANCOUVER BC - April 14 - 28, 2018
By Michael Turner
As much as language conditions our thinking, as much as it determines our realities, it also allows us our escape routes. I am not sure when the word “branding” entered the lexicon, but I have heard it used to promote everything from a perfume’s personality to the objectives of a community garden. It is this range of application that has caught the attention of artist Andre Petterson.
Known for his complementary use of paint and photography, Petterson’s current mixed-media- on-panel images include pictures taken from his global travels. In Wall (China) (2017) a vender sits under a Coca-Cola patio umbrella at the top of the Great Wall’s stairs, waiting to sell tourists the usual biofuel of sugar and starch. In BART (Malaysia) (2017), two men stare into their smartphones; on the wall behind them is a black line drawing of Bart Simpson, who appears under the infl uence of the pink handwritten text below: ALL READY DEAD.
The ubiquity of commercial signs and images in public space has only intensifi ed since Walter Benjamin began writing about them in the 1920s. Yet, although we are inured to these interventions, sometimes their ironies and absurdities stick with us. Returning to BART, it is not the obliviousness of these men to the wall drawing that gives this work its resonance, but the relationship between the pink wall text and the pink liquid in the glass below it. Did one of these men add this text? It is hard to tell, given their commitment to their phones.
bau-xi.com