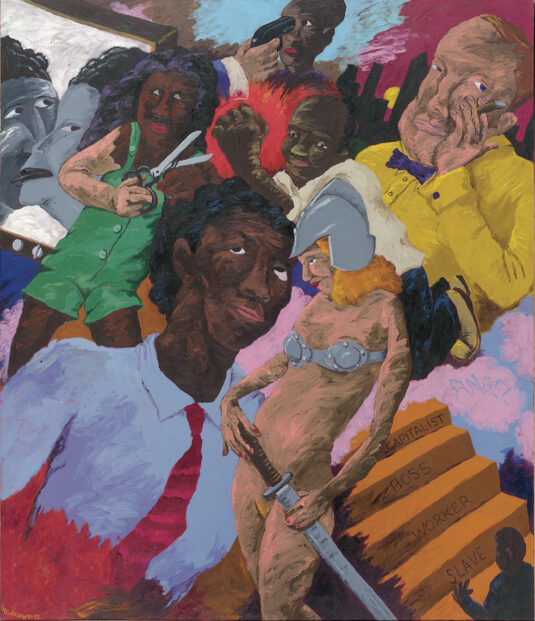 Art for All: From the Collections of Jordan D. Schnitzer and His Family Foundation

JORDAN SCHNITZER MUSEUM OF ART AT PORTLAND STATE UNIVERSITY,
1855 SW Broadway, Portland OR - Nov 6, 2019 - Feb 15, 2020
by Joseph Gallivan
A brand-new museum on Portland State University’s urban campus opens November 6, with a tour de force from its benefactor, Jordan Schnitzer. The heir to the Schnitzer steel–turned–real estate fortune was inspired to love and collect art by his mother, Arlene, taking him to the Fountain Gallery she ran in the 1960s.
Jordan’s foundation gave $5 million to the $60 million the state provided to remodel Neuberger Hall and turn it from a brutalist bunker into a light-filled aerie for students. The street and second level have been given over to 7,500 square feet of galleries, with huge windows looking onto the South Park Blocks and SW Broadway.
In his collection, Schnitzer has enough art to feed eponymous museums at the University of Oregon and Washington State University. Now it’s Portland State University’s turn. This is an addition to the Portland art world that comes around only once in a generation.
The opening show reflects Schnitzer’s belief that art should be accessible to the masses for viewing, if not hanging on their apartment walls. (Entrance is always free.) “Art museums are not just for the elite few,” he has said. “They are for every member of our community.”
Schnitzer is known for collecting prints but this show contains paintings too.
Look for a John Baldessari Mixografi a print titled Concrete Couples, which immortalizes in concrete lovers such as Frida and Diego and Bonnie and Clyde; a Willie Cole steam iron sculpture spouting pink feathers; and African American visual satire by painter Robert Colescott.
The museum has tapped Linda Tesner, former gallery director at Lewis & Clark College, as interim head. Ongoing programming will feature art by Northwest artists, faculty and students as well as exhibitions by national and international artists.
jordanschnitzer.org/jsma-portlandstate 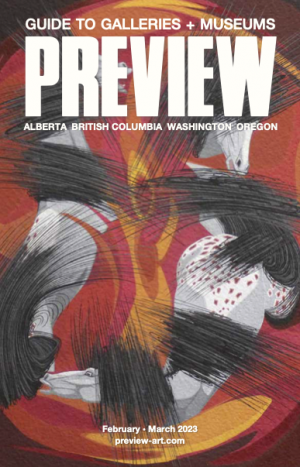