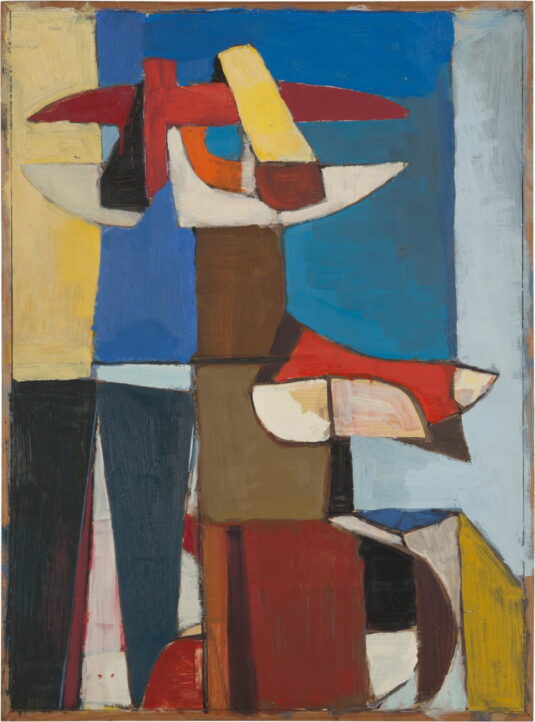 PORTLAND ART MUSEUM, PORTLAND OR - June 16 - Sep 23, 2018
By Allyn Cantor
Preeminent American artist Richard Diebenkorn (1922-1993) is most well known for his abstract style, extending into the later half of the 20th century. One of the youngest painters to contribute to early Abstract Expressionism, the California artist had a long and varied career that brought him to many parts of the country, where a multitude of early experiences contributed to the evolution of his mature style and his renowned Ocean Park series, for which Diebenkorn received great acclaim. This intriguing survey focuses on his earliest works, most of which have not previously been publicly exhibited. Drawn from the collection of the Richard Diebenkorn Foundation, the show brings together 100 paintings and drawings.
Beginning in 1942, the exhibit chronicles environments and individuals that shaped the young artist, beginning with his years as a student and his time with the Marines. Elements of Cubism, Surrealism and Abstract Expressionism became evident in his early professional years in California and later during his academic positions in Albuquerque, NM and Urbana, IL, before his return to the Bay Area. All this preceded Diebenkorn’s decisive move to figuration in 1955, when the artist was just 33 years old.
Throughout the 13-year span of Beginnings, Diebenkorn’s influences range from the social realism of Edward Hopper to paintings by Cézanne, Klee, Miró and Rothko. Other influences include his time spent with Clyfford Still, a fellow faculty member at the California School of Fine Arts, as well as his engagement with the rich color palette and calligraphic fluidity of Henri Matisse. All these techniques and artists profoundly contributed to the progression of Diebenkorn’s artwork. Adapting certain ideals from these many styles, he selectively navigated a path toward a personal painting approach, developing a lasting language of abstraction that would later define his career.
portlandartmuseum.org