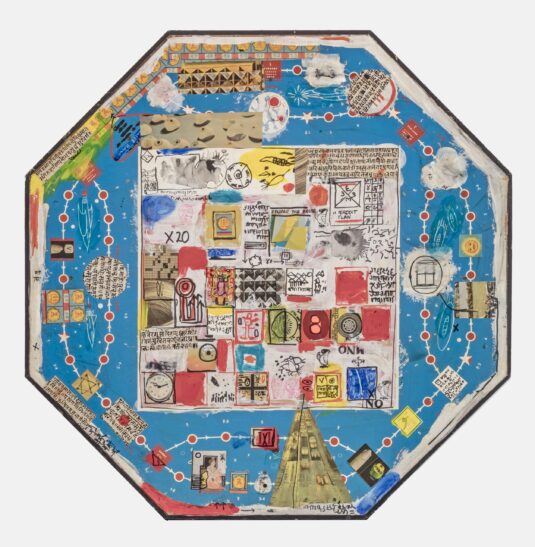 Photo: Courtesy of the estate of the artist. P.Mansaram, Moon Trip, 1966, mixed media

Born in India and raised in Mount Abu, Rajathan, Panchal Mansaram (1934-2020) left his family home to become an artist. He studied in Amsterdam before moving with his family to Toronto in 1966, eventually settling in Burlington. Throughout his adult life he worked as an artist and as a high school art teacher, inspired by art history and everyday images (billboards, posters, computer graphics) that bloom and fade like the seasons. This touring exhibition, which originated at the University of Toronto’s Justina M. Barnicke Gallery, is P.Mansaram’s first solo exhibition in the Pacific Northwest. 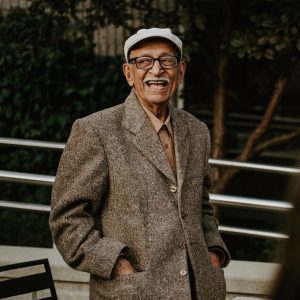 As the exhibition title (a clever conflation of Gertrude Stein and Marshall McLuhan) suggests, Mansaram valued repetition, which he saw as the basis of art practice, meditation, spirituality and love. Like Stein, he did not consider his work repetitious but, as Stein often said of her own work, “emphatic.” Indeed, for Mansaram, that which recurs does so in different spatial contexts and reconfigurations in a range of media, from drawing to painting, collage, text, sculpture, Xerox, screen prints and film.

According to Surrey Art Gallery curator Jordan Strom, “Mansaram developed a distinct and vital response to modernism that was unabashedly Canadian and, at the same time, globally minded.” Evidence of this global mind is borne out in the range of influences Mansaram drew on to produce works that mark place and time. He was also adept at combining ostensibly disparate elements without reducing one at the expense of the other. This ability was not learned from secondary sources alone but supplemented through travel, including many trips to India, Western Europe, North Africa and the Middle East.