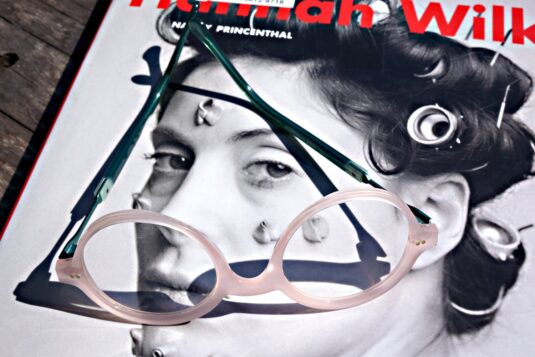 Courtesy of the artist and Daniel Faria Gallery. Elizabeth Zvonar, So Help Me Hannah, 2022, smooth pearl on Dibond

In 2010, Elizabeth Zvonar was one of eight younger Vancouver artists included in the Morris and Helen Belkin Art Gallery’s much-anticipated Exponential Future exhibition. Co-presented with the Vancouver 2010 Cultural Olympiad, the exhibition, curated by Scott Watson and Juan A. Gaitán, featured “works that engaged the complex reality of urban life at the beginning of the twenty-first century” from an upcoming generation of artists who, like Olympic athletes, had distinguished themselves in their respective fields. For Zvonar, this field was gently Surrealist, somewhere between intuitive collage and premeditated montage.

Although Zvonar showed an early interest in sculpture, installation and material practice, she is better known today for assemblage and collage, sometimes combining media to create
hybrid works that challenge the narratives her source materials (fashion magazines, art historical textbooks) are often guilty of upholding. Like the English collagist John Stezaker (born 1949), Zvonar’s method is juxtaposition; yet it is where these two differ stylistically that allows us to see the former’s somewhat leaner pictures as whimsical, on the verge of indifference, and the latter’s busier, more expressive compositions as urgent, if not relevant.

In her current exhibition, Zvonar presents a series of recent collages and cast bronze sculptures that consider the histories of patriarchy, White supremacy and Western feminism, with attention given to the enchanted (apotropaic) object and the relationship such objects have to affirmation and critique. Because figures feature prominently in her collages, the exhibition’s “cast” includes art historical macho men Salvador Dalí and Carl Andre alongside feminist pioneers Hannah Wilke and Marina Abramović.