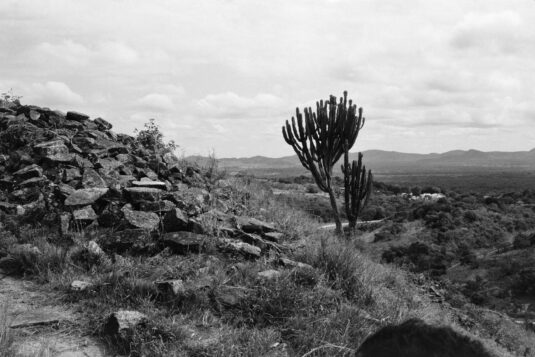 Morris and Helen Belkin Art Gallery, Vancouver, BC - To April 10

Born in Harare, Zimbabwe, in 1961, Laiwan came to Canada with her family in 1977. She attended Vancouver’s Emily Carr College, and later SFU for an MFA in interdisciplinary studies. Since 1980, she has been active in the city’s art scene as an artist, writer, curator, educator and collaborator. Guest curated by Amy Kazymerchyk, Traces,
Erasures, Resists focuses on Laiwan’s multivalent contribution to the city’s cultural ecology and includes key works from 1980 to 2000.

Taking its title from processes common to printmaking, this impressive exhibition highlights Laiwan’s interest in understated if not silenced forms of critique and refusal implicit not only in aesthetic discourse but also in politics and economics. In her earliest work, this interest is largely literary and concerned with the rhetoric of the book form. Over time, she explored how the logic of the book extended to the development of lens-based media (35 mm slides, 16 mm film and analogue video). On the occasion of this survey exhibition, the Belkin has restored a number of her lens-based works, including African Notes (1982) and MACHINATE (1999).

Equally impressive, and perhaps in tribute to an artist known for her work as a community builder (in 1983 she founded the Or Gallery), is the gallery’s public program of co-sponsored events. Among them, until February 28, the Libby Leshgold Gallery at Emily Carr University is hosting Laiwan’s mock sci-fi video PANDEMIA – The Movie (2021) on its Urban Screen. And Massy Arts on East Georgia recently displayed in its window an installation consisting of four large posters from How Water Remembers (2021), a climate tale collaboration featuring Laiwan, Karlene Harvey, Yao Xiao, T’uy’tanat-Cease Wyss, Angela Danyluk and Sean Cao.