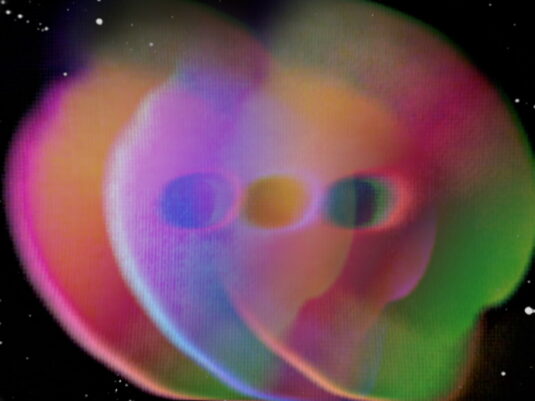 ART GALLERY OF ALBERTA, Edmonton AB - To Oct 20
by Michael Turner
First through literature, and then through film, science fi ction has played an important role in defining who we are, what we desire, what we fear and why. Although it is speculative in nature, the genre’s most resonant examples are as attentive to the past as they are to an imagined future. This is evident in the title of Lisa Lipton’s multimedia installation Soon All Your Memories Will Be With Me (2019), where the future’s “Soon” implies a sequence of yet-to-belived events, parts of which will be interred as “Memories.”
Taking her cue from Cordwainer Bird’s Canadian-produced science fiction series The Starlost (1973-74), Lipton’s story, like many sci-fi films, is a rescue mission. In this instance, three astronauts race through space to save descendants of a human civilization onboard The Ship Ultimo. Most notable here is Lipton’s use of production methods and equipment from the same era as Starlost – this time with a woman in the lead role. The e ect is jarring and, like the best contemporary art, rewards repeated viewings.
Lipton is a visual artist, musician and director whose practice is focused on site specifi city, localized collaboration and social interaction in fi lm, installation, performance, theatre and music. She has exhibited her work nationally and internationally, and her nominations include both the short and long lists for the Sobey Art Award. Originally from Halifax, she completed degrees at NASCAD (BFA) and the University of Windsor (MFA) before moving to Calgary, where she is an assistant professor in sculpture at the Alberta University of the Arts.
youraga.ca