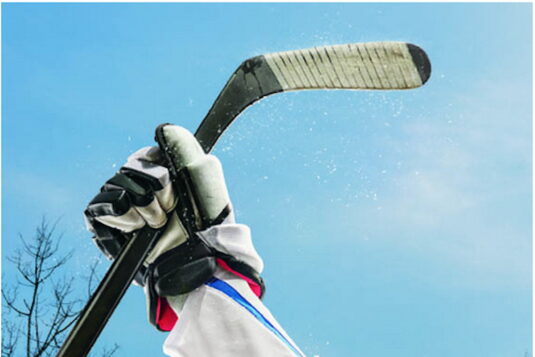 NANAIMO MUSEUM, Nanaimo BC - Sep 14 - Nov 24
by Michael Turner
Those who grew up in Canada in the 1960s know it as Canada’s Official Trick Question: What is Canada’s national sport? To the uninformed the answer was hockey, but the correct answer was a game that had been played before European “contact”: lacrosse. It took until 1994 for the federal government to amend the National Sports of Canada Act along seasonal lines: lacrosse in the summer, hockey in the winter. Visitors can expect facts like this – along with plenty of pucks, pads and pictures – at the Nanaimo Museum this fall.
A travelling exhibition generated by the Canadian Museum of History, Hockey eschews the “hall of fame” approach by privileging stories over objects. Rather than seeing a painting of Bobby Hull next to the stick he used to pot his 500th National Hockey League goal, we learn that Manon Rhéaume was the first woman to play in an NHL game, and that Sheldon Kennedy was the first NHLer to speak publicly about the mental and sexual abuse he and others experienced as teenagers in the Western Hockey League.
“The Canadian Museum of History is thrilled to share Hockey with the people of Nanaimo,” says Mark O’Neill, president and CEO of the CMH. “Whether we hit the ice or cheer from our living rooms, hockey is more than just a game to Canadians. It has helped shape our history and our national identity from coast to coast to coast.”
As an added, interactive bonus, visitors will be able to record themselves calling an NHL game. For those weaned on CBC’s Hockey Night in Canada, here’s your chance to scream it in a museum: “He shoots, he scores!”
nanaimomuseum.ca