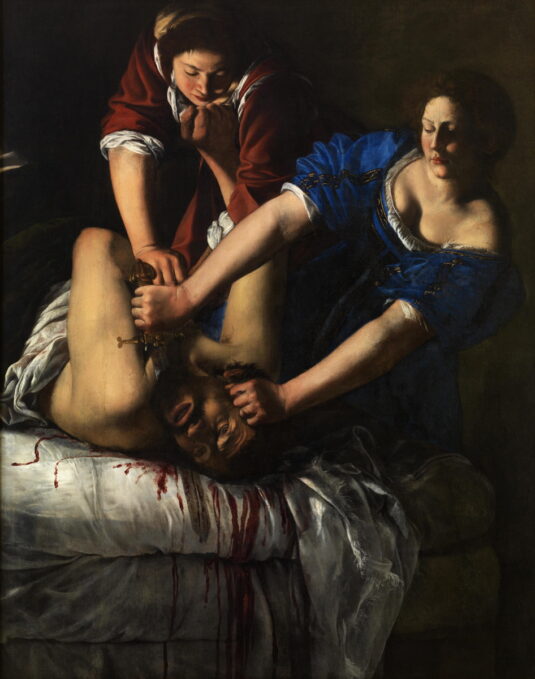 SEATTLE ART MUSEUM, Seattle WA - Oct 17, 2019 - Jan 26, 2020
by Matthew Kangas
Founded in 1738 by King Charles VII of Bourbon (who later became Charles III of Spain), the Capodimonte Museum in Naples is one of Italy’s biggest and most important. It is home to Neapolitan Baroque painting, which brought a vivid realism to religious and historical subjects. Passion and violence intermingle in many of the paintings, by artists whom the average museum-goer might not have heard of but who deserve considerable attention.
Seattle Art Museum curator of European paintings Chiyo Ishikawa has pulled off a major coup by simply securing the loans of these works from Italy, notoriously bureaucratic and ine cient when it comes to sending art abroad. Highly selective, her sampling of 39 pictures focuses on the Baroque period, the high point for Neapolitan art, leaving behind many of the museum’s more widely known treasures by Bellini, Raphael, Masaccio and Simone Martini. Instead, visitors may see a masterpiece only recently acknowledged, Judith and Holofernes (1612-13), by Italy’s greatest woman artist, Artemisia Gentileschi, daughter of the more famous Orazio. Graphic, grim and gruesome, the scene is a woman’s revenge against an invading Assyrian general, complete with sawlike sword on his neck.
While Titian is famous, few have seen his Pope Paul III (1543) or Danae (1544), a reclining nude certain to have influenced both Velázquez’s and Manet’s versions. Other surprises are by El Greco, Guido Reni and Jusepe de Ribera. The earliest work on view, Portrait of a Bishop (1505), is by Lorenzo Lotto, a Renaissance master from Venice.
seattlemuseum.org