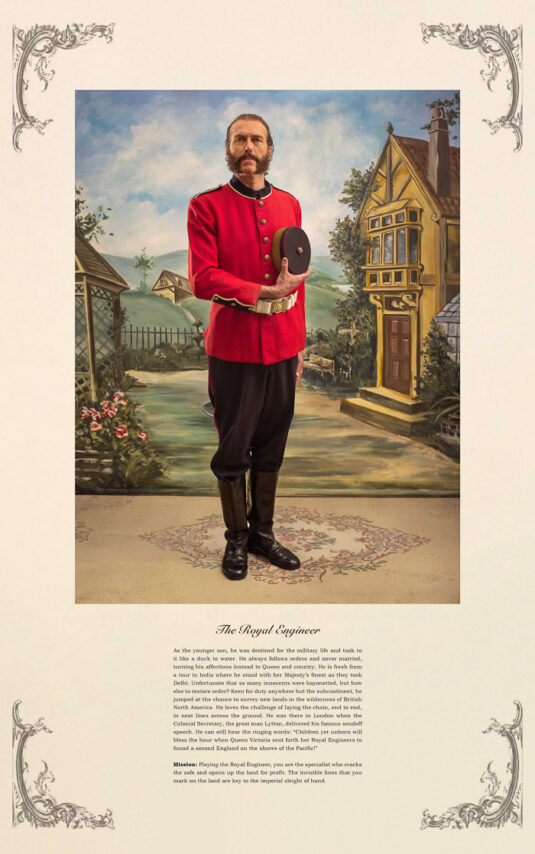 by Michael Turner
Though five years removed from the federal government’s June 2015 Truth and Reconciliation Commission’s “Calls to Action,” Canada remains a nation mired in systemic and structural racism, not only for those of Indigenous ancestry, but also for those who identify as Black and as people of colour. Making matters worse, the issue rarely comes up unless preceded by a horrific act of violence. For settler artists David Campion and Sandra Shields, in Grand Theft Terra Firma, violence is a means to draw attention to that which lies behind it.
According to the show’s curator Laura Schneider, “The exhibition appropriates the language of digital gaming to reframe the settlement of Canada as a complex heist. Specifically, the title refers to Grand Theft Auto, a series of popular video games considered highly controversial, in part because they require players to commit violent and immoral acts to achieve gaming success. Borrowing from this, the exhibition unfolds as a strategy guide to an imaginary video game based on historical events occurring within S’ólh Téméxw, now more commonly known as British Columbia’s Fraser Valley.”
Like artists Carole Condé and Karl Beveridge, known for their political landscape photo-tableaux, Campion and Shields are partial to the vignette, in this instance as a way of introducing viewers to the game’s “players” and, through photos of museum artifacts, the “power objects” in their arsenals. Also like Condé and Beveridge, Campion and Shields work closely with the communities in which their work is set. For Grand Theft Terra Firma, Campion and Shields collaborated with Stó:lō and settler residents alike.
gallery2grandforks.ca