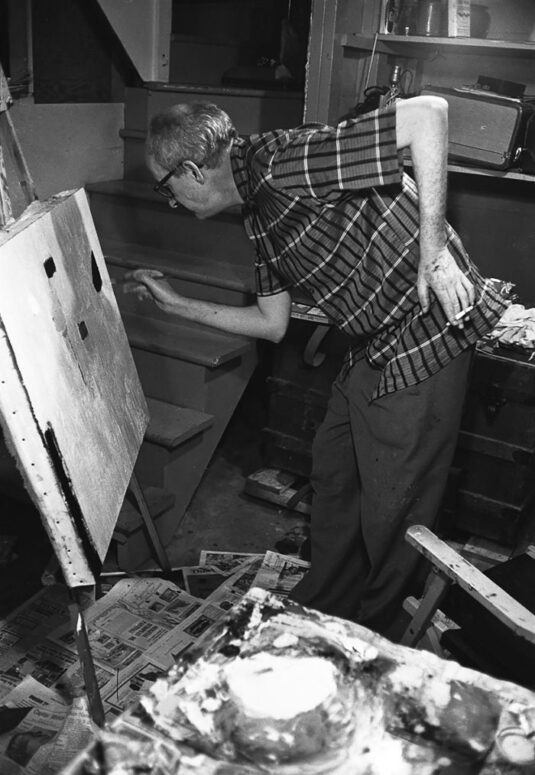 This major retrospective traces the career of Clifford Gleason (1913-1978), an under-recognized modernist from Salem, Oregon. A well- exhibited artist during his life, Gleason spent his adult years working out of Portland and Salem. This comprehensive exhibition touches on all aspects of his artistic oeuvre, from the 1930s to the last months of his life.
One of the more accomplished midcentury modern painters in the Pacific Northwest, Gleason chronologically and stylistically aligned with the rapidly changing art trends during a formidable period. His early still lifes from the 1930s are radically different than his restrained abstractions of the 1970s, yet there is a clear evolution of personal style and thread of originality through the decades. 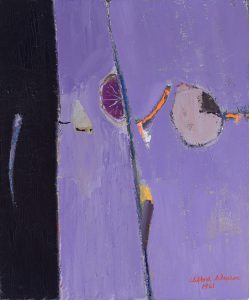 The artist studied with Louis Bunce at the Salem Federal Art Center, established in 1938 as part of Roosevelt’s New Deal programs. During that time his class created mural designs, including the work that launched his career. Gleason’s best-known Depression-era mural, Alice in Wonderland, was originally created for Bush Elementary School and now hangs at North Salem High School. Gleason went on to study at the Museum Art School in Portland.
Influenced by European modernism, his lively and colorful works from the 1940s and '50s borrow elements of Cubism and Fauvism in lyrical abstract landscapes as well as romantic figurative subjects. In the 1960s Gleason’s work became more open, spare and observant of nature, with softened forms and spatial arrangements that would inform his later, most acclaimed paintings. His elegant mature compositions are airy and quiet, yet vital in their expressive use of space and unpretentious handling of paint. His distinctive palette and conscious restraint bring to mind elements of both Clyfford Still’s abstractions and Joan Miró’s lyricism. During his life Gleason was often described as a true “artist’s artist” by his peers.
willamette.edu/arts/hfma