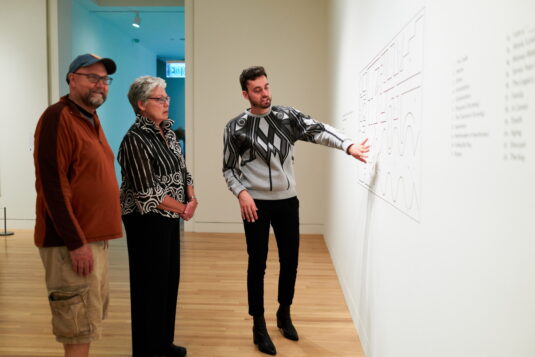 End of Day: American Oil Painting Around 1900
FRYE ART MUSEUM, Seattle, WA - Jun 15 - Sep 29
With a changeover this fall of the Frye Art Museum’s Founding Collection display, its 19th- and early-20th-century Central and Northern European landscapes and portraits, new exhibitions head David Strand is building on his long and close association with the Frye. Beginning as a student intern, he continued as a volunteer docent for three years, all the while finishing his visual arts degree at nearby Seattle University.
In an interview, Strand, 26, spoke about his hands-on apprenticeship at the Frye and his promotion to curatorial assistant, and now head of exhibitions and publications. He also talked about the upcoming exhibition. “The main themes for End of Day are the depiction of class di erences, as in artists with upperclass patrons, like William Merritt Chase [Lady Against Pink Ground, c. 1886], and artists who favored lower-class subjects, like Thomas Eakins [Maybelle, 1898].”
“Then there is another theme,” Strand added, “of progress versus nostalgia, like the scenes of the Gilded Age [John White Alexander’s Woman in Black, 1896] and the Ashcan School [Robert Henri and John Sloan portraits of New York tenement dwellers]. Finally, the theme of the uses of oil paint, sometimes smooth, otherwise rough-textured, how and why … It’s a lot for people to enjoy and take in.” With a timely touch, Strand is rehanging several wood engravings by Winslow Homer from before, during and after the Civil War. Among these, visitors can see working classes in Clambake (1873), the leisure elite in Horse Racing at Saratoga (1865) and the sobering worker’s “end of day” in New England Factory Life (1868), all originally published in the epochal journal of the day, Harper’s Weekly.
For young people curious about art museum careers, Strand was enthusiastic about encouraging them to “seek opportunities, join teen councils, like the one we have at the Frye, and conceive of a museum as an oasis, free and accessible. Even a bit of a refuge! Don’t be afraid of cold-calling people you want to learn from. Always ask to learn more.”
fryemuseum.org