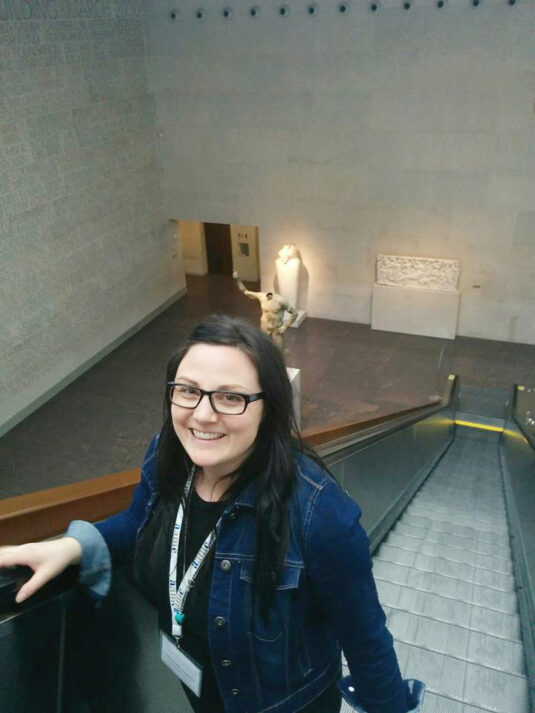 Kelowna Art Gallery, Kelowna BC
By Michael Turner
Normally this space is devoted to exhibitions. But given the many personnel changes at BC’s public art galleries of late, it was felt that mention should be made of those who craft these exhibitions. A significant change occurred at the Kelowna Art Gallery this past summer with the retirement of curator Liz Wylie and the hiring of Toby Lawrence.
Lawrence was born in Kamloops but grew up on Vancouver Island, where she attended UVic and worked at the Art Gallery of Greater Victoria. “My work as assistant curator with the AGGV was foundational to a shift into dialogic and collaborative curatorial methodologies,” says Lawrence.
Throughout her assistantship at the AGGV and later at the Vancouver Art Gallery (after completing her MA in Critical and Curatorial Studies at UBC), Lawrence remained involved in independent projects. One was an inaugural retreat for Vancouver Island curators, something that “could be valuable in the Interior region as well.”
Those eager for Lawrence’s first KAG exhibition will have to wait, as the gallery is booked through the first half of 2018. In the meantime, she will “aim to develop a curatorial program that strengthens the position of the KAG as the community’s leader for art, representing the artistic activity of the region and honouring the traditional territory and people of the Syilx/Okanagan First Nations, while expanding the parameters of what is possible through art.”
kelownaartgallery.ca
Image: Kelowna Art Gallery’s new curator, Toby Lawrence