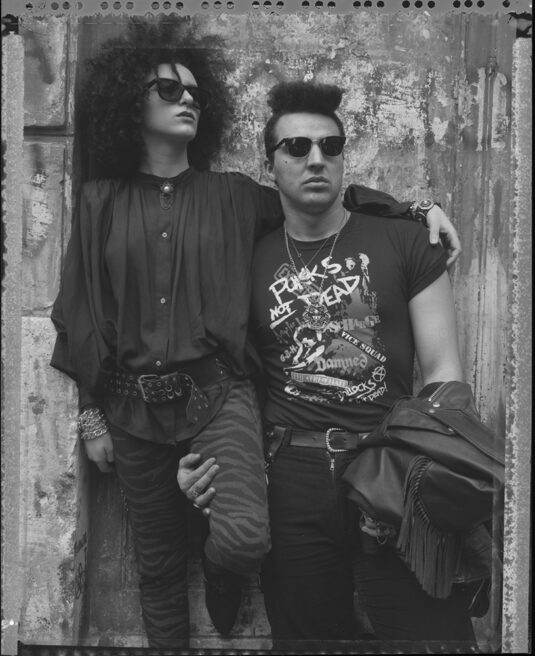 Prographica/KDR, Seattle WA – Sep 7-Oct 28, 2017
By Matthew Kangas
Now that photography is no longer considered a separate or “special” art medium, many artists of the 1970s and 1980s are being overlooked because they concentrated on photography using real cameras , rather than using the medium to only convey and combine other messages and meanings.
Seattle artist Marsha Burns is a good example. The content of her work is psychological. Widely revered in New York and New Mexico during those decades, she vanished into oblivion with the assimilation of photography into contemporary art and is only now being resurrected by Prographica/KDR co-director Norman Lundin.
Although her early and middle-period work was exhibited extensively, including at the Seattle Art Museum and the Henry Art Gallery, her work of the past three decades is not widely known. Portraits of street people, artists and even an art critic or two are smoothly composed and printed in flawless silver gelatin. Mostly, she has used her studio to situate figures against blank backgrounds, all the better to use them as personae rather than character studies. Teenagers in Frankfurt and Rome are caught or posed, as are street scenes and still lifes. Burns was an early proponent of large-scale Polaroids, and her recent digital images also deserve a closer look.
prographicadrawings.com