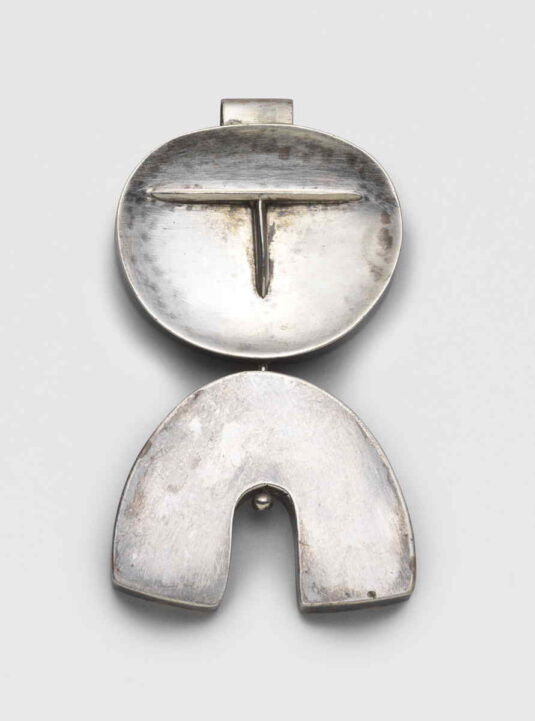 VANCOUVER ART GALLERY, Vancouver BC - To Nov 15
by Michael Turner
Today, any exhibition with “British Columbia” in its title must be inclusive to the limit of its provincial and cultural borders. Fortunately, the VAG is proving itself to be a progressive and sensitive institution, as evidenced most recently by an exhibition whose notion of “modern” places “craft” and “design” on an equal footing.
Featuring ceramics, fashion, furniture, jewelry and textiles from more than a hundred individuals and company studios, Modern in the Making takes a historical approach to presenting what could easily be a candy store of over 300 pieces of super- cool stuff . Organizing objects chronologically, curators Daina Augaitis, Allan Collier and Stephanie Rebick emphasize the aesthetic development of regional practitioners, many of whom sought to integrate international sensibilities with local materials, concepts and, in the case of architecture, the particularity of place. The grass buttons and traditional baskets of For Nuu-chah-nulth weaver Nellie Jacobson, according to the curators, “point to both the ruptures in this region caused by colonial expansion and the importance of Indigenous design in the modernization of British Columbia.”
Other highlights (and there are many) include textile designer Chuck Yip’s gridded, multicoloured wool rug (c. 1960); former VAG curator and silversmith Doris Shadbolt’s Human-Form Pendant (1955); Setsuko Piroche’s woven variation of the marine hydrozoan, Dizzy Dome (c. 1974); Joanna Staniszkis’ shimmering yellow-to-red loom work, Untitled (1975); and a Maude-era caftan from Dior-trained dressmaker Mano Herendy.
vanartgallery.bc.ca