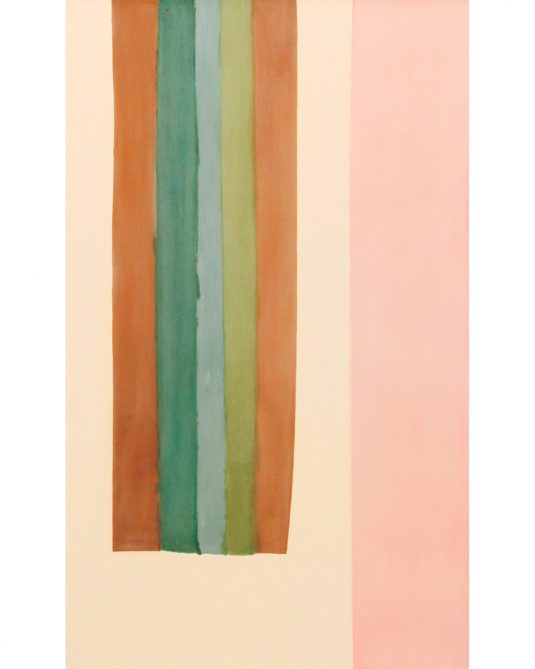 Be they public or private, art galleries and museums both instigate and adapt to shifts in our cultural ecology. They inspire us to take risks, and to listen. When a private gallery reaches a certain age, it is more than a successful operation; it is a love story. For Newzones, it’s not “all over at 30,” as the boomers used to bemoan, but the beginning of volume 2.

In celebration of the gallery’s 30th anniversary, Newzones’ mother and daughter founder-directors Helen Zenith and Tamar Zenith have mounted a “monumental” exhibition featuring the painting, photography and sculpture of the many local, national and international artists with whom they have worked. Notables include Charles Arnoldi, Ross Bleckner, Jack Bush (1909-1977), Dan Christensen (1942-2007), Alex Katz, William Perehudo (1918-2013) and Julian Schnabel.

When speaking to the Calgary Herald in 2017 on the occasion of Newzones’ 25th anniversary, Helen described the newspaper’s response to her opening an art gallery in the midst of a recession in 1992: “They used the word ‘crazy’ in the headline. I prefer to think of it as brave.” When asked about their partnership, daughter Tamar replied wryly, “She probably couldn’t find anyone with computer skills who would work for free,” adding, “I don’t think we ever thought at the time it would turn into the type of business it is today.

”Since its launch in 1992, Newzones has become a local advocate for the arts and an active participant in the international art fair circuit. In 1997, the Zeniths commissioned architect Peter Lawrence Wood to design a purpose-built facility that houses three exhibitions spaces, a glassed-in meeting room and an outdoor sculpture garden. Cheers to the next 30 years!