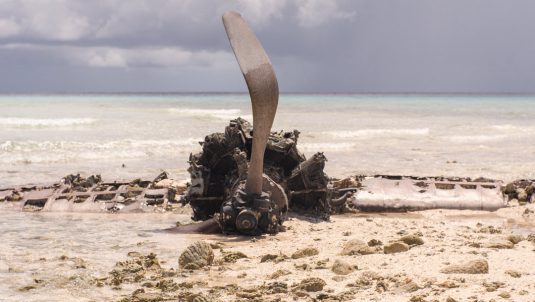 Morris and Helen Belkin Art Gallery, Vancouver, BC - To Dec 11

Elemental Cinema is an exhibition of three collaboratively made film installations and related archival material. The installations – Serpent Rain (2016), 4 Waters – Deep Implicancy (2019) and Soot Breath // Corpus Infinitum (2020) – are inspired by the four elements: water, earth, fire and air. Uniting these installations, both within themselves and to each other, is the concept of entanglement.

A product of quantum physics, entanglement is a relational phenomenon that occurs after two subatomic particles, once entangled, remain connected despite their physical separation over vast distances. For Denise Ferreira da Silva and Arjuna Neuman, entanglement is not only a scientific phenomenon but also a social one that speaks to humanity’s interrelationships as well as its relationship to a natural world increasingly under threat through unsustainable resource extraction, as rationalized by the capitalist mode of production.

“These films,” according to the Belkin’s press materials, “are fractal compositions, interfacing between the quantic, organic, historic and cosmic, drawing from visual arts, sciences and philosophy. They combine Ferreira da Silva’s theories on value, Blackness and onto-epistemological experiments rooted in quantum theory with Neuman’s mixtape essay methodology(a cross between a DJ set, a radio-broadcast, a lyrical essay and a music video) to recall the deep entanglement of existence on earth and across the universe.”Ferreira da Silva is an artist and professor at UBC’s Social Justice Institute. Her books include Toward a Global Idea of Race (2007) and Unpayable Debt (2022). Neuman is an artist, filmmaker and writer who has recently presented at CCA Glasgow, Centre Pompidou (Paris) and Manifesta 10 (Marseille).