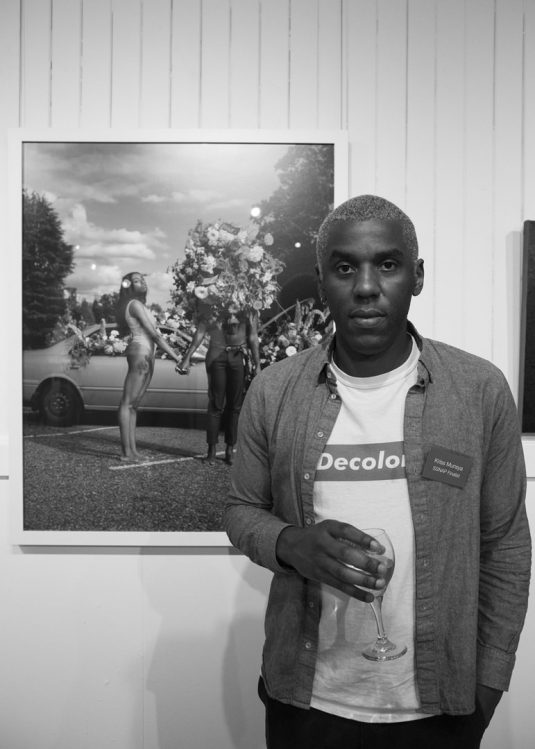 The Salt Spring National Art Prize (SSNAP) began as a biannual event that has since grown in scale and stature. Established in 2015 to “recognize, showcase and publicize the accomplishments of Canadian visual artists,” SSNAP is now an evergreen cultural presence that tours its juried exhibitions, hosts pub lic panels and continues to broaden its networks nationwide.

In 2021, SSNAP received 1,800 submissions and had a purse of $41,000 for its juried exhibition. The 2023 jury is made up of Kwakwaka’wakw artist Richard Hunt, Montreal gallerist Pierre François Ouellette, Vancouver curator Helga Pakasaar and Toronto director-curator Gaëtane Verna. Preview caught up with artist and SSNAP founding director Ronald T. Crawford on Salt Spring Island in October.

Preview: What is the biggest lesson you have learned since SSNAP started?

Crawford: It’s a lot of work! From the beginning we didn’t want to present this from a committee, but from a community – keep the community engaged and interested. Ninety percent of our funding is generated on the island. The biggest lesson is how best to work with our volunteers. We missed a few hoops along the way. It’s been a steep learning curve.

Preview: The blind jury process can be problematic now that the relationship between the artist and the work is more intertwined than it is was when Picasso was depicting African masks in his paintings. Can you talk about how you manage this process?

Crawford: The blind jury process is the most pivotal condition of the SSNAP exhibition. We have a committee that catalogues submissions prior to the jury seeing them. Once the jury makes its decisions, a sleuth committee audits the works, to ensure cultural conditions are respected.

Preview: Any news on how the 2023 event might differ from the previous one?

Crawford: Our board met this morning and raised our juried prize money to $50,000.The SSNAP call for submissions opens January 3, 2023.