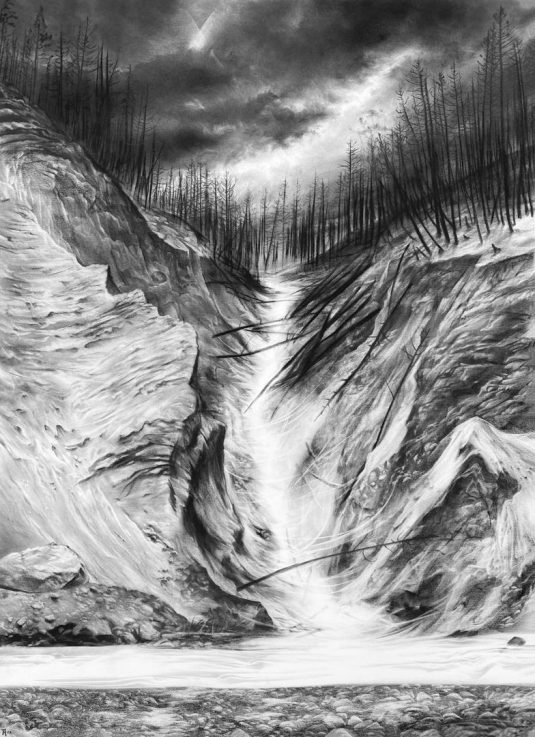 The past 50 years have seen a transition in what we refer to today as the climate crisis. What in the early 1970s was a “pollution problem,” as evidenced by littered highways and LA smog, was followed in the ’80s by abstract concepts like global warming. Only recently have we experienced direct – and disastrous – evidence of the global catastrophe that potentially awaits us, where words like “fire season” have supplanted what was once happily referred to as “summer.” Thankfully we have artists to remind us of what’s at stake.

For Vancouver-based artists Amory Abbott and Liz Toohey-Wiese, the wildfire phenomenon was a discussion topic that resulted in Fire Season (2020): an artist’s book with writings and images by those directly affected by wildfire, toward an understanding of what wildfires mean to us historically, in the present and as a portal to the future. This past August, the artists compiled a second issue, published in conjunction with a similarly titled exhibition at Island Mountain Arts. This group show presents eight artists working in a range of media that includes the written word, charcoal drawings, painting, weaving, photography, documentary film and commercial graphics.

Although the first two issues of Fire Season are comprised of words and images from artists and writers from as far afield as Alaska, California, South Africa and England, the inaugural Fire Season exhibition focuses on those based in BC. It includes works by co-curators Abbott and Toohey-Wiese along with contributions from Anna Diab, Kerri Flanagan, Eli Hirtle, Kay Penney, Andreas Rutkauskas and Emily Wilson.