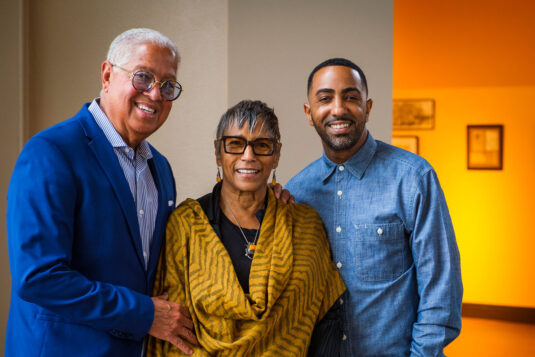 How to sum up five centuries of Black artistry and achievement in just 300 words? It’s impossible, of course. But in three lifetimes of collecting, the Kinsey family have come close. Their dedication and vision coalesce in their magnificent collection of African and African American art and rare artifacts now resplendent in two big galleries at Tacoma Art Museum.

Because the Kinseys don’t just collect. Working with local curators, they combine those works in a powerful narrative that both clarifies and transcends oppression, celebrating greatness in a tapestry of untold stories. There’s a small, heavy rock from the slave port of Gorée Island, Senegal, just next to a larger-than-life-size graphic of Kwesi Hutchful’s Door of No Return, through which slaves were forced from their home. Unbelievably, it shines with transcendent light. Slave documents and shackles are countered by marriage certificates and serene Hudson School landscapes by Robert S. Duncanson and Edward Bannister. An entire wall of issues of the NAACP magazine The Crisis sings loud of wit, artistry and social truth.

In the upstairs gallery, the collection moves through the 20th and 21st centuries, from the angular geometry of the ’40s and ’50s through the experimentation and expressionism of the ’60s and ’70s to contemporary masters like Sam Gilliam, whose painting Wonder dips thick, joyful pools of cobalt. Wall texts tell of Black entrepreneurs, art collectives, academics, inventors. Several Jacob Lawrence works give a Northwest nod, and photo-portraits of eight Black Tacoma leaders grace the corridor, although you can’t help wishing for a reference to rising Tacoma artists like Christopher Paul Jordan or Lourdes Jackson. 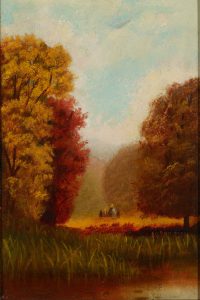 The Kinsey Collection tells many stories of the harsh reality of Black oppression. But it also transforms the narrative from victimized to victorious. As Ava Cosey’s glittery-eyed goddess expresses in Ancestor’s Torch (2011), Black folks “did not come to America because it was a better place. We came and made it a better place.”

Conversation with the Kinseys on the Harlem Renaissance Oct 3, 2-3:30pm