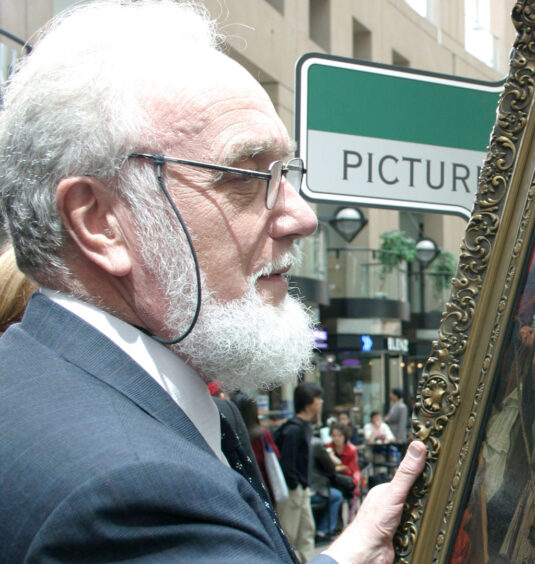 It has been said that the ambience at Uno Langmann Limited exemplifies the best of London’s fine art and antique shops. In rooms connected by arched passageways, the towering walls display paintings, mirrors and architectural fixtures, reminiscent of an 18th-century salon. Lining these walls are cabinets full of curiosities, silver, ceramics and sculpture; the marble floors are covered with antique rugs, exotic furniture and gilt wood consoles. The gallery, a living museum, is the legacy of my father, Uno Langmann, expert in all things of material culture.

Born in Copenhagen, Uno received an early introduction to art and antiques through his parents – his mother was a painter and his father an avid collector. He immigrated to Canada in 1955, converting part of his antique coin collection into his passage. He opened his first gallery, the Cedar Cottage, in 1967, moving to the historic Century House on Richards Street in 1971. For nearly 40 years now, Uno Langmann Limited has been located in the first building on South Granville’s Gallery Row, a neo-classical landmark on the Vancouver art scene.

Having worked in the gallery since childhood, I joined my father full time after studying art history at UBC. With the highest level of professionalism, together we bring our “eye” to the West Coast’s art and antiques landscape. As experts on CBC-TV’s Canadian Antiques Roadshow, we were fortunate to discover some of the greatest finds on the show, including Irish artist Henry O’Neil’s painting Eastward Ho! August 1857, valued at half a million dollars.

With his lifelong enthusiasm for collecting, Uno has throughout his career gathered undervalued and under-appreciated objects. These include antique maps, samplers, trench art, works by artists including Charles John Collings and John Hammond, plus early Canadian female artists such as Mary Riter Hamilton, Laura Muntz Lyall and Statira Frame. In 2014, over 20,000 historical British Columbia photographs were donated to the UBC Library, which is digitizing the collection for public access. And to think this all started with the curious eye of a young boy growing up in wartime Denmark.