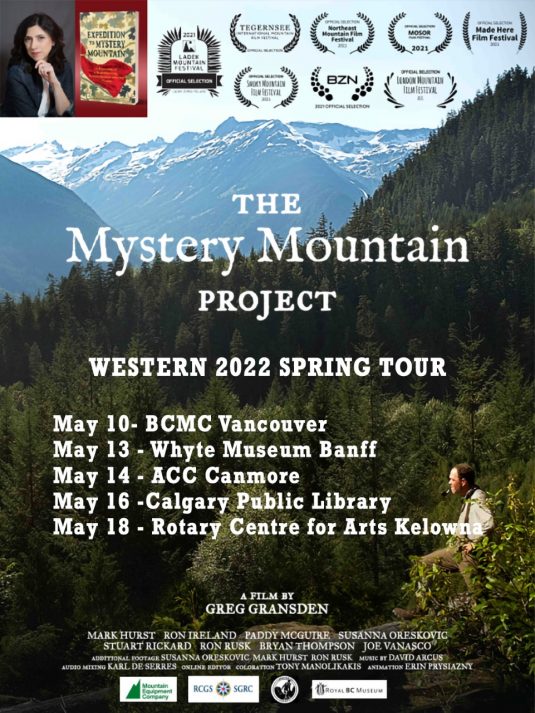 The Canadian Explorations Heritage Society (CEHS) presents their second film, the Mystery Mountain Project. The film is a re-enactment that tells the story of Don and Phyllis Munday and their exploration of the Waddington Range in the Coast Mountains of BC in 1926.

It is a film by Greg Gransden. Along with the film, Author Susanna Oreskovic has written Expedition to Mystery Mountain - Adventures of a Bushwacking, Knickerbocker-wearing Woman. Susanna and Bryan Thompson both of the Canadian Exploration Heritage Society will hold 30-40 minute Q and A about the film and speak to the book.

The Canadian Explorations Heritage Society (CEHS) is a Federally incorporated Not-For-Profit and Registered Charity that seeks to educate Canadians about the pristine wilderness places in our great country and the intrepid men and women who went exploring them.

They fulfill their mandate by re-enacting famous explorations from Canada’s past and sharing these stories through documentary film screenings, still photo exhibitions, public talks and the written word. We take these presentations on tour to museums, outdoor organizations, historical societies and schools across the country. 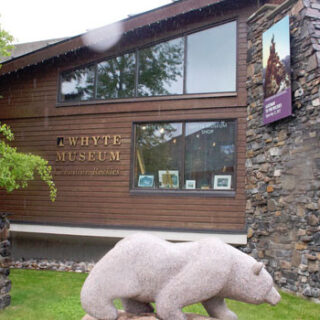