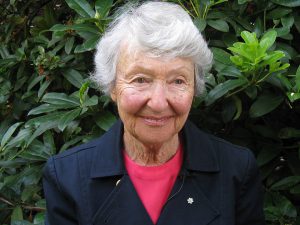 At age 99, landscape architect Cornelia Hahn Oberlander has contributed to dozens of leading building designs in Canada and the United States over her seven-decade-long career, but it is in Vancouver where her presence is most felt. Her work includes the concrete-softening environmental design for the Law Courts complex at Robson Square in the mid-1970s, the reflecting pool at the west end of the Museum of Anthropology (permanently operative in 2010), and the 8,000-square-foot rooftop garden at the Vancouver Public Library’s Central Branch (opened to the public in 2018). 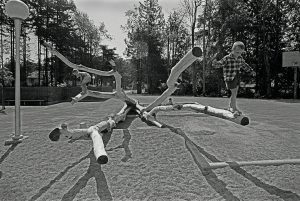 Oberlander was born in Muelheim-Ruhr, Germany, in 1921. She, her mother and her sister escaped Nazi persecution after Kristallnacht, first to England, then to the US, where she enrolled at Smith College and received her bachelor of arts in 1944. In 1947, she was among the first women to graduate from Harvard with a degree in landscape architecture. Six years later, she and her husband, Peter Oberlander, moved to Vancouver and, while raising three children, she ran a landscape architecture firm, eventually connecting with local moderns B.C. Binning and Ned Pratt, both proponents of an art and architecture nexus that sought connections between the natural and built environments. 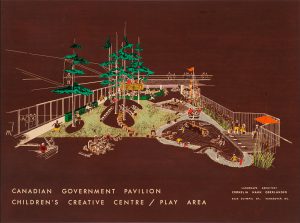 The exhibition is divided into four sections, each highlighting an important aspect of her practice: social housing, playgrounds, public projects and residential projects. These sections include photographic documentation, preliminary and revised sketches, architectural plans and a sampling of research proposals. Accompanying the exhibition is an extensive catalogue featuring contributions from Oberlander, Susan Herrington, Eva Matsuzaki, and exhibition curators Amery Calvelli and Hilary Letwin.